7/29 Performance is Sold Out

Kabuki on Stage: A Solo Performance brings Kabuki star Nakamura Umemaru from Tokyo to the Portland Japanese Garden for only two nights to perform Tenaraiko, one of the most beloved dances in the Kabuki repertoire, courtesy of Shochiku Co. Ltd. in Japan.

Each night’s performance begins with young Umemaru arriving on stage without full make-up and costuming. We watch as he applies make-up, an elaborate wig, and a lavishly embroidered costume that transforms him into the onnagata role of a lovely young maiden, assisted by Kabuki actor Nakamura Umeno.

Tenaraiko is one of the most beloved dances in the Kabuki repertoire and involves an almost magical costume transformation called hikinuki that is performed on stage in front of an often awestruck audience.

Nakamura Umemaru makes his US debut in Tenaraiko, one of the best-known dances in the Kabuki repertoire. A rising star among Kabuki actors in Tokyo, the talented Umemaru plays the role of a young girl on her way home from a calligraphy lesson who fantasizes about the life ahead of her, composing imaginary love poems from the words she wrote in class as butterflies dance around her.

Female roles, or onnagata, have been played by men on the Kabuki stage since laws prohibiting women from stage performances to protect the public decency were enacted in the 17th century.  It is said that onnagata actors are able to capture the essence of the feminine spirit, and their studied movements and graceful poses represent the quintessential woman. 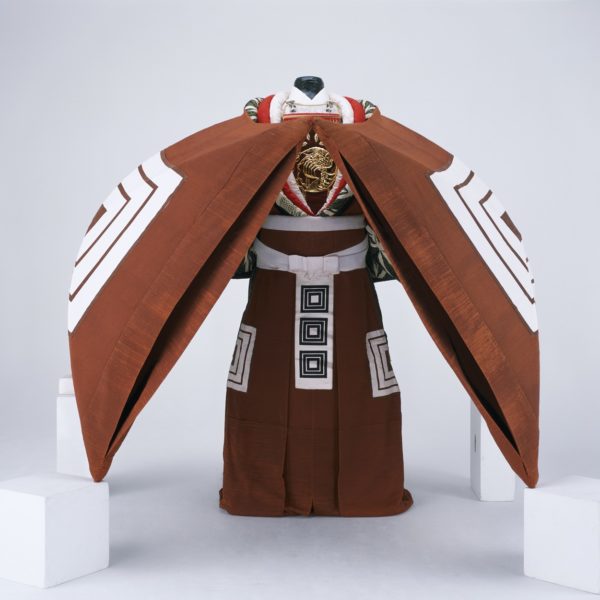 Kabuki: A Revolution in Color and Design

This summer, the Garden explores Japan’s most flamboyant and fanciful performance art through elaborate costumes in the Art in the Garden exhibition Kabuki: A Revolution in Color and Design.

Learn more about this exhibition