Learn how to receive student discount

ALL EVENT TICKETS ARE NON-REFUNDABLE 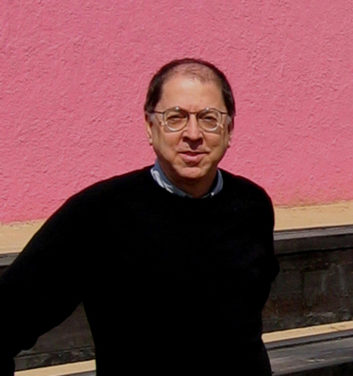 This event has been postponed. Revised dates to come.

Horiguchi (1895-1984) was an architect and historian of Japanese architecture who taught at Kanagawa and Meiji universities.  He was one of six founding members of Japan’s first organization of Modernist architects, the Bunriha Architectural Society, which, like the Vienna Secession, sought to break from the established architectural practices of the time.  Horiguchi was a noted critic of the meaningless use of ornament or traditional forms in contemporary architecture, likening it to moss and duckweed floating on stagnant water. Yet he still retained a deep respect for Japan’s architectural heritage, embodying Modernist principles without trivializing the past. Horiguchi’s life and work offer endless possibilities for exploring themes of tradition, identity, cross-cultural influences, modernity, and artistic vision.

Marc Treib is Professor of Architecture Emeritus at the University of California, Berkeley, and a noted landscape and architectural historian and critic who has taught internationally and published widely on modern and historical subjects in Japan, the United States, and Scandinavia. He is co-author with Ron Herman of the definitive guide to the gardens of Kyoto as well as author of many books including Garrett Eckbo: Modern Landscapes for Living, and Space Calculated in Seconds: The Philips Pavilion; and Sanctuaries of Spanish New Mexico. He is editor of multiple volumes including An Everyday Modernism: The Houses of William Wurster, and Modern Landscape Architecture: A Critical Review; and co-editor of Regional Garden Design in the United States. He is the recipient of several honors including a Guggenheim Fellowship, Fulbright Fellowships, American Academy in Rome Fellowship, ASLA Honor Awards, and Best Exhibition Publication Award from the Society of Architectural Historians.

The Garden+ lecture series places the Japanese garden in bold and inspiring new contexts by bringing designers, authors, practitioners, and researchers to the Garden to share fresh ideas.  Come experience original perspectives, thought-provoking research, and new creative work. We bring presenters from around the globe to shed new light on how gardens connect to subjects as diverse as spirituality, technical innovation, architecture, culture, design, and society — all made more resonant with the  Garden itself as a backdrop. Garden+ is a presentation of the International Japanese Garden Training Center, which is supported by the Japan Foundation Center for Global Partnership.