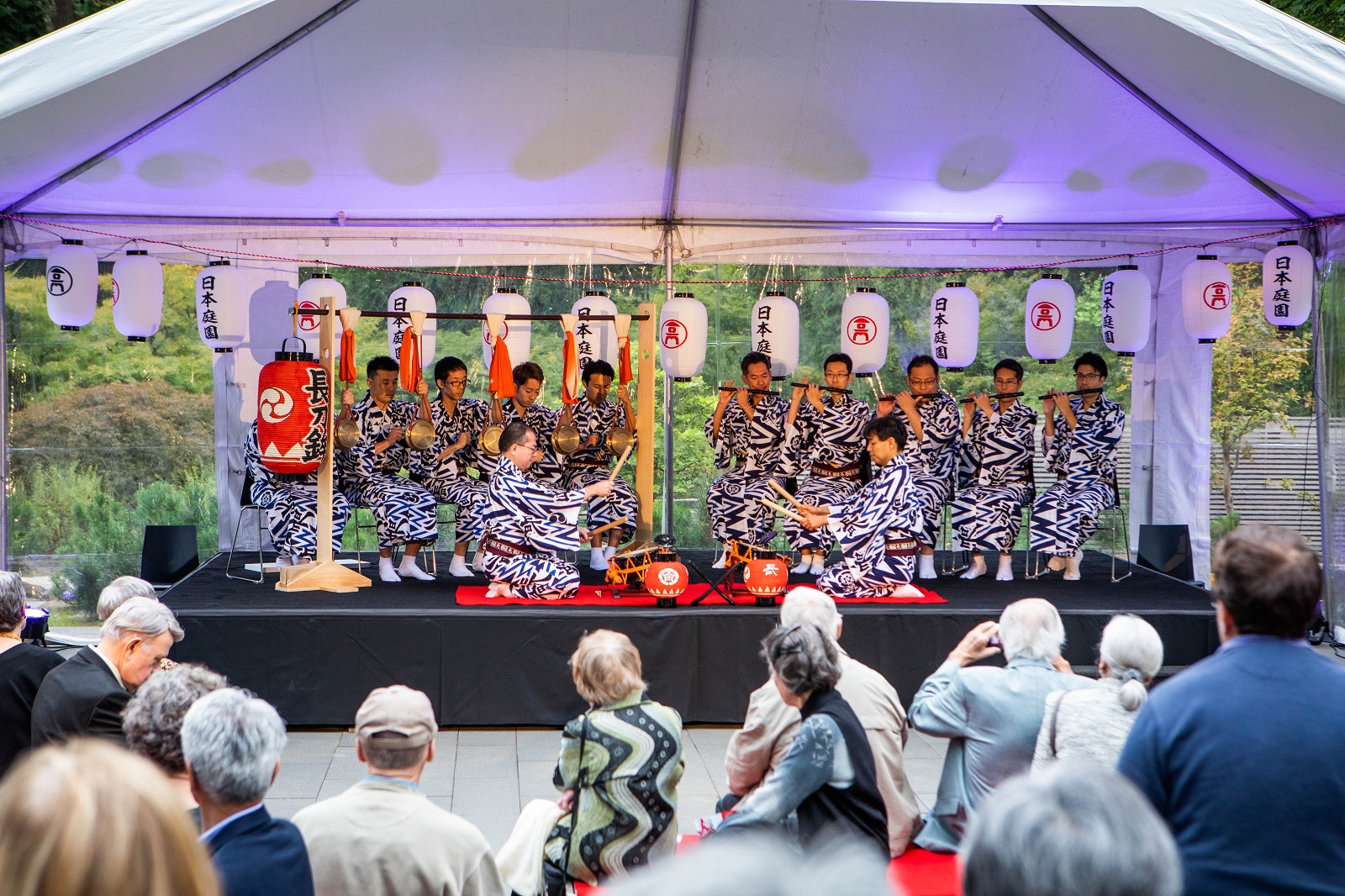 For over eleven centuries, Gion Matsuri, one of the oldest and largest continuously celebrated urban festivals in the world, has filled the humid days and nights of mid-July in Kyoto with a powerful spiritual energy. Matsuri, the word for festival in Japanese, comes from the word matsuru, which means to offer prayer. Gion Matsuri, like many other festivals in Japan, has its roots in religion. It is one of the goryo-e festivals, which originated as a means of appeasing the gods who were thought to cause fires, floods, earthquakes—and disease—if not sufficiently placated.

When a devastating epidemic wiped out much of the population of Kyoto in the 9th century, the Emperor Seiwa declared that a procession of sixty-six halberds representing the sixty-six provinces of old Japan would be held as a desperate attempt to appease the angry gods who were thought to have inflicted the disastrous event. When the plague miraculously abated thereafter, it was decreed that a procession would be held annually in thanksgiving and to ensure that no such horror would ever again befall the city.

Gion Matsuri has always belonged to the people with communities in Yamaboko-cho district in the heart of the city each supporting a float in the procession, opening their homes to the street to display family treasures to throngs of visitors on the nights that lead up to the parade. The festival involves a full month of prayer, ritual, and ceremony, highlighted by several nights of community celebration, centered around two spectacular processions of elaborate floats carrying those halberds through the center of the city. 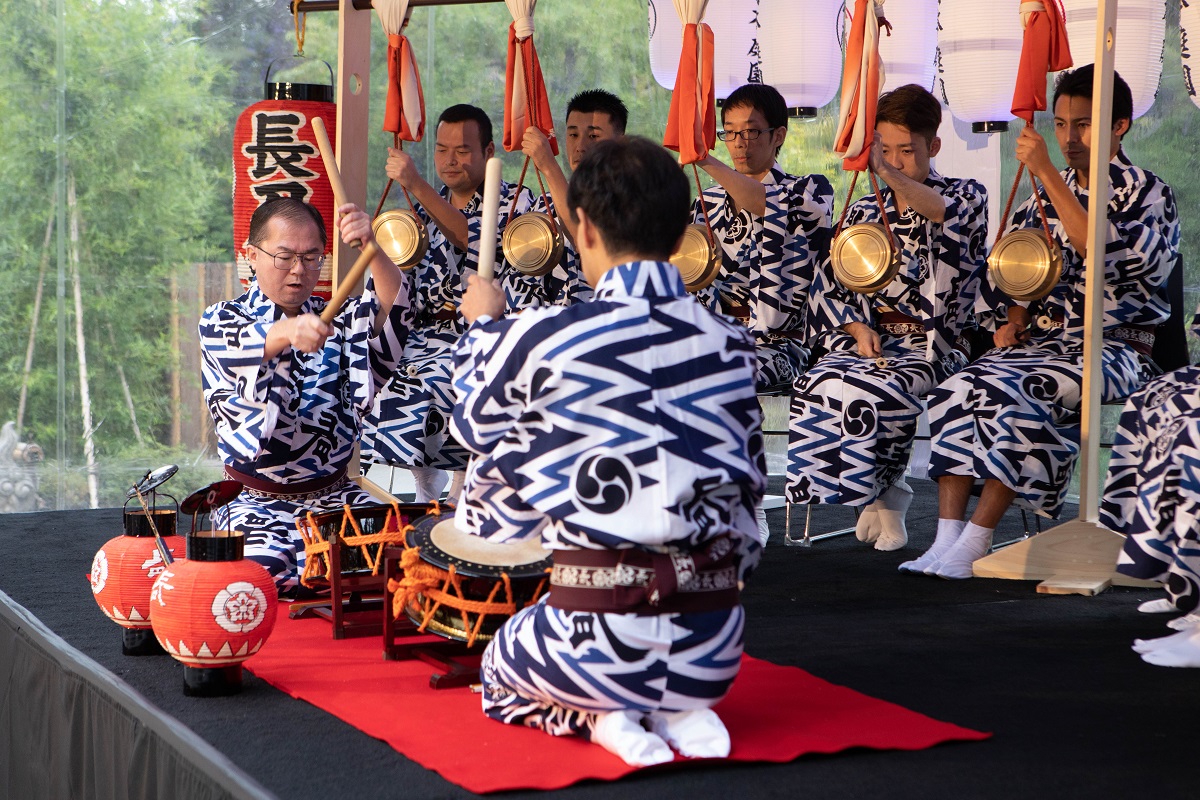 In 2019, more than a million visitors gathered in the streets of Kyoto to participate in the festivities. Especially poignant now that a new epidemic has reared its unforgiving head among us, this year for the first time since a brief hiatus 58 years ago during the construction of a railroad line in 1962, the Covid 19 pandemic has forced the people of the city of Kyoto to cancel the 2020 Gion Matsuri.

According to Kyodo News Service, Ikujiro Kimura, head of the Gion Festival’s organizing committee, explained the dilemma his organization faces. “It was the most gut-wrenching decision,” he said, in reference to the cancellation of the parade, which is held every July 17 and 24 and attracts tens of thousands of tourists each day from Japan and overseas. “Now is supposed to be the time when we should put on a big festival,” he said, touching on the festival’s origin in wishing for people’s good health.

In 2018, a group of Gion Matsuri musicians and dancers, led by Masataka Hata of the 300-year-old Shoyeido Incense Company of Kyoto, traveled to Portland with the Ayagasa-boko, one of the actual floats that are part of the procession and the centerpiece of our Gion Matsuri exhibition. We were honored to have them here to show us how one of the world’s great cultures learned to survive an epidemic by believing in the spiritual power of working together as a community.

According to Gion Matsuri expert Catherine Pawasarat, “It seems like the corona virus and cancellation of the touristic parts of the festival may be resulting in a re-focus on the rituals to pray for relief of suffering due to epidemics. Though the cancellations are unfortunate, I feel like this deep reflection on the festival’s original purpose may be a blessing in disguise. The annual 1million+ visitors to the Gion Festival can draw festival participants’ attention away from a more profound sense of meaning. My sense is that a connection with the festival’s spiritual purpose helps ensure its vitality.”

Next year—the gods willing—the festival parade may once again return to Kyoto to inspire the town and the world.

*The title of the July 2020 Musing comes from an article by Catherine Pawasarat, the author of the first comprehensive book on the festival to be published in English later this year. For more information the festival and the community that supports it, please visit Catherine’s website: 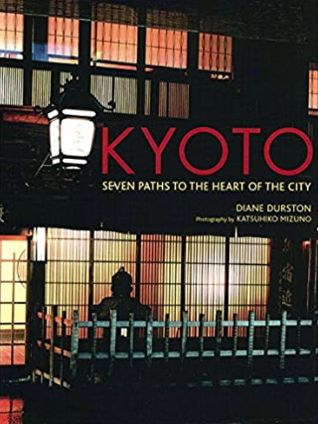 The following is an excerpt from author and curator emerita, Diane Durston.

Kyoto: Seven Paths to the Heart of the City (available online)

A SMALL, WHITE-FACED BOY, teeth blackened, lips scarlet, robed in costly brocade, crowned with a golden phoenix, will ride this year-as he has since the tenth century from Yasaka Jinja shrine through the streets of Kyoto to perform a spiritual rite in the name of the common people. He is the chigo, the boy chosen each year from among the merchant families in central Kyoto as a messenger of Susano-o, the Shinto god to whom this fantastic festival, Gion Matsuri, is dedicated.

The chigo has been prepared for this task for an entire year, trained in the complicated rituals he will need to perform. After weeks of special purification ceremonies, during which he lives in pampered isolation, the chigo is carried atop the lead float, the Naginata-boko, where he must cut the rope that marks the start of the procession on July 17. Failure to sever the rope with one stroke of the sword is bad luck and a dishonor to his family name forever—a huge responsibility for a child of ten.

Over the turbulent centuries of civil war that marked the middle ages in Japan, the citizens themselves took on the responsibility for the festival. By the Edo period (1600-1868), members of the rising merchant class had begun to use the festival as a means of asserting their newly gained wealth and power in a feudalistic society that formerly had relegated them to the lowest social rank. The floats, called yama and hoko, were adorned with the finest tapestries and treasures, some of which were obtained from European traders with whom the merchants of Kyoto conducted their prosperous ventures.

The cultural importance of Gion Matsuri, particularly to the people of Kyoto, lies not only in the festival’s historical continuity, but also in its expression of the irrepressible nature of the common people. Throughout feudal times and amidst a rigidly structured class system, Gion Matsuri was always a rallying point for the populace of Kyoto, who carried out the lavish festival without government support until recent years. The festival is conducted under the auspices of Yasaka Jinja, or Gion-sha, as the shrine is locally known because of its location in the heart of the Gion district, famous as the entertainment quarter and home of geisha and kabuki actors.

Today, visitors from all over the world come to watch the July 17 procession and marvel at the splendor of the thirty-one floats as they pass by, one after another, their giant wooden wheels now facing asphalt pavement, their halberds challenging power lines on high.