Christian Tagsold’s book Spaces in Translation came out last year to high acclaim, with one reviewer saying “there is nothing remotely like this book, and with it, Tagsold becomes a central figure in the study of Japanese gardens.” Since Tagsold will be coming to Portland to present his ideas at the International Japanese Garden Conference in the fall, the Garden’s Training Center director Kristin Faurest got intrigued and invited Tagsold to talk about the book.

Kristin Faurest:  What does the title mean?

Christian Tagsold:  Japanese gardens act as spaces, that mediate the meaning of “Japan“ for the West – but also, to a surprising degree, for Japan itself. When the idea of Japanese gardens emerged in the 19th century, Japan had just intensified its contacts with the West and the government, and the intellectuals tried to construe a national identity. Gardens turned out to be a focus for negotiating this new identity with the West. Japanese officials learned how to brand themselves, to put it into modern language. This did alter the appearance of gardens too. They are spaces in and of translation actually! 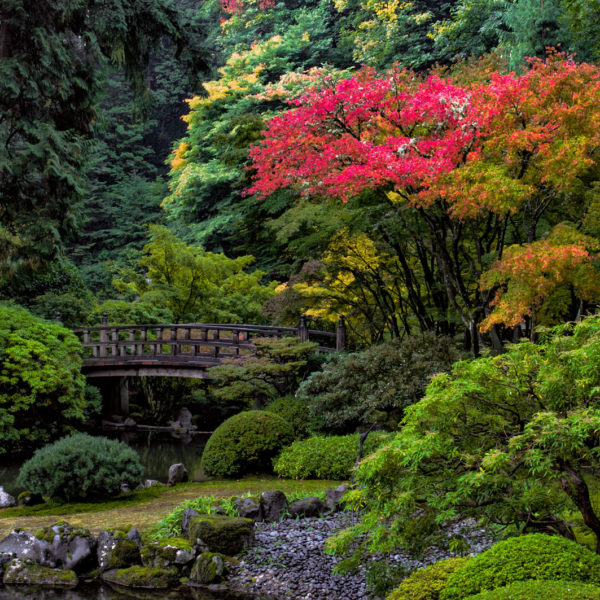 Register for the 2018 International Conference

Be a part of the conversation with garden leaders from around the world at “Japan’s Gift to the World: Japanese Gardens as Global Phenomenon” from September 29 – October 1 in Portland, Oregon.

KF:  Your central theory — that the idea of the Japanese garden has less do to with Japan’s history and traditions, and more to do with its interactions with the West – is quite unusual, some might say provocative. Tell me about that.

CT: The concept “Japanese garden” only formed through presentations of gardens at world’s fairs and exhibitions in the second half of the 19th century. A rich garden culture existed in Japan but the idea of “Japanese gardens” as a unified idea turned this culture into a narrowly defined national symbol. For example daimyō gardens of the Edo Period were long seen as the decline of Japanese garden culture because their shape and messages did not fit neatly into the new definition of the 19th century. The famous garden master Ogawa Jihei’s gardens in Kyoto and Tokyo – highly acclaimed and praised today – were criticized as being eclectic and were not called Japanese around 1900, when he built them. So the scope of what the term Japanese gardens refers to constantly changes.

KF: You’ve visited Japanese or Japanese-inspired gardens all over the world.  What kinds of distinctions do you make among them? What differences do you see in terms of authenticity, purity, tradition, and interpretation?

CT: Historical gardens like Clingendael Park in the Hague, Netherlands, or the one at Brooklyn Botanic Garden are interesting places because they allow us to imagine what Japan must have meant for people around 1900. Something peculiar, exotic, aesthetic, organic and so on. My personal take when researching Japanese gardens is a bit different anyway. I allow myself the freedom of just enjoying them – if they don’t aim for authenticity for authenticity’s sake. Those gardens are boring. I like the imperfect and those places that offer me freedom to enjoy the garden the way I want to enjoy them.

KF: How do Japanese gardens speak to us now?

CT: In a very unfortunate way Japanese gardens turned into authoritarian spaces in the second half of the 20th century. People – and park commissions! – have started to stress that these gardens are places for meditation. They raise their eyebrows when a child is playing in a garden and set up rules to keep the place quiet. Thus Japanese gardens are too often very strictly administered places. Daimyō gardens in contrast were scenes of huge garden parties or hunting and children used to play in temple vicinities including gardens. One of my main aims is to free the gardens from this authoritarian stance.

Christian Tagsold is interim full Professor at the Department for Modern Japan, Heinrich Heine University Düsseldorf. He has been researching Japanese gardens in Europe and the USA since 2006. His new book Spaces in Translation: Japanese Gardens in the West (Penn Studies of Landscape Architecture) appeared in August 2017.

Tagsold is one of nearly 50 garden practitioners and scholars from Europe, the U.K., Japan, Russia, and North America who will present at the international conference, “Japan’s Gift to the World: Japanese Gardens as Global Phenomenon” from September 29-October 1. The conference, hosted by the Garden and presented by the North American Japanese Garden Association (NAJGA), celebrates more than 1,500 years of garden history with topics ranging from design, history, interpretation, and the relevance of the art form in the contemporary, international context.

Registration is now available through NAJGA.