As the first anniversary of the Garden’s Cultural Crossing expansion approaches, we asked architect Balazs Bognar to offer some insights into the philosophies and ideals that drove the design. Bognar, of Kengo Kuma and Associates in Tokyo, served as Chief Manager of the project. He’ll return to Portland April 19 for a public lecture on traditional Japanese architecture in the service of the future.

PJG: Can you speak to that quote? Does a philosophy like that guide your work?

Balazs Bognar: This statement is noble, and it’s about virtues. It’s a great intention when we emphasize the part “let us think,” as it would be overconfident to assume that everything we create lasts for that long. But if we value what we do as architects, our limited resources, and communities, then we have started from a worthwhile place. Reality and time will dictate longevity, as things change architecture—market forces, economics, functions, tastes—and we recognize this in the work of Kengo Kuma and Associates. We love that time affects materials, that things age, and that a building softens with use. While we aim for quality, we never assume that we are worthy of demanding eternity from our work, as nature will always overtake it in the end.

PJG: Most places and cultures in the world have examples in their history of what author John S. Taylor calls “common sense architecture:”  traditional forms designed to respond to the local environment and keep people comfortable without artificial, modern interventions like air conditioning. Yet most architecture now seems to have lost that idea. Why do you think that is, and how can that tendency be changed?

BB: This is correct in that much of architecture today concerns itself with many other issues that are less traditional. But tradition by itself is not all-knowing. Sensibility is based on engagement with context, with what’s relevant for a particular era. We at Kengo Kuma and Associates feel passionately that certain things will be timeless in their relevance to us as people: environmental comfort, great views, fresh air, ample light, and a strong connection to place. Unfortunately, “common sense” is elusive. On the one hand, things such as air-conditioning allowed us the illusion of thermal comfort while allowing us bigger floor plates and more wasteful energy usage—not too sensible. A/C has its place, but these kinds of modern technologies are quite aggressive in the way they cut us off from our surroundings. And yet many office buildings in Tokyo utilize single panes of glass, which do little to keep out heat while depending on that aforementioned A/C.

On the other hand, traditional Japanese houses were notoriously cold in the winter and aggressively hot and humid in the summer—and to no surprise as rice paper offers little insulation. Wisdom from tradition should always be examined in the current context, and never taken at face value. Copy-paste nostalgia gets us into dangerous territory for ignoring a more specific response for newer changed circumstances. With climate change a glaring reality, older architectural solutions have to be updated and reinterpreted if deployed contemporarily. Thus lessons and understanding are more important than formalism. Our own lessons at Portland Japanese Garden rely heavily on human proportion, local materiality, shelter from rain, while keeping a flexible and open perimeter—all lessons from traditional Japanese examples.

PJG: How would you characterize some of the main aspects of Japanese commonsense architecture and how does that inform your work?

BB: The lessons we can glean from Japanese examples have nearly everything to do with humanity’s relationship to nature, and as a subset of that: architecture’s relationship to nature. In other words, the human experience is the most important aspect of what we do. With Kengo Kuma, we guide our work with this ethos, intentionally open-ended and unrestrained. Traditional materials, details, and joinery are all beautiful (and we look to them often), but these oscillate between practical considerations and aesthetic preferences, neither of which can be called purely “common sense.” It’s important to note that tradition is a tool only, not something that should be slavishly reproduced.

PJG: How would you describe the state of urban architecture in Japan today? Does it still have a strong connection to those local, traditional ideas and the importance of nature, or is Kuma and Associates an exception in incorporating that?

BB: I can only comment on this as a long-time resident of Tokyo, and as with most aspects in Japan, paradoxes reverberate throughout this city. Tradition and modernity live side by side in a messy chaos, and it’s either beautiful or monstrous or both—and that is OK by Tokyo. Almost anything goes. Tiny shrines still fight back against outsized developments, and if one were to wander enough, the realization would be that this metropolis is really a mishmash of a lot of low-lying and intimate villages with only a handful of high-rise districts, in a vast continuum. The other critical aspect is that this city tears down the old (usually no more than a few decades) to resurrect the shiny new, often and relentlessly. Thus tradition is relegated to an idea or practice—not an artifact. One only needs to refer to Ise Grand Shrine in Mie Prefecture, which was founded in 4 BCE but its inner sanctum is rebuilt from scratch every 20 years. The idea is ancient but the sanctum is never more than two decades old!

PJG: As an American working in Japan, you must see Japan’s architectural heritage with a different perspective. Can you describe how your interpretations might be different from your Japanese colleagues?

BB: I might have already been in Japan long enough (ten-plus years) to not know much difference between “my view” and “their view.” I can never claim “fluency,” as I will always remain a bit on the outside, but my own lessons can be summarized as follows. First, dedication and quality go hand in hand, sometimes at the expense of all else. Time considerations can be discarded in this kind of pursuit of perfection. I strongly prefer efficiency as well, and so the balance is a daily endeavor for me. Secondly on a conceptual and architectural level, lessons can also point to the malleable mentality that allows for paradox, an erasure of “either/or,” and the acceptance of several contradictory conditions. Porous boundaries, merging of both traditional motifs with new technology and vice versa, finding a limitless “can do” method of problem solving: all are persistent lessons. Finally, maybe not only Japanese in practice, improvisation and flexibility are reasonable tools for stewarding a project through to completion.

PJG: What would you like your legacy as an architect to be? What do you hope future generations will think about your work?

BB: My “legacy” if I can claim to be part of any, will not really be architectural. There are so many talented designers, one “better” than the next designer (both statements will apply to me as well), and this will always be true. Rather than focusing on a thing or building that I’m leaving behind, I would rather concentrate on the newer generations of designers to work on more responsive architecture for society, to be more agile than my generation in solving problems, in exploring superior aesthetics while being anchored in care for communities and for the planet. All of this while having a great time. It starts with my clients and collaborators, and critically with my teams in Tokyo, and I know I can support them by trading knowledge, engaging in deep discussion, and fostering great ideas through challenges. We are just getting started; time will tell and others can judge our worth, architecturally or otherwise. 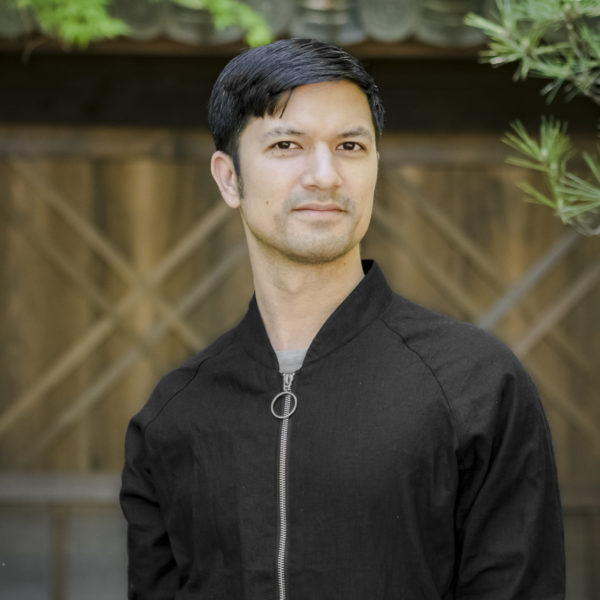 As part of the Garden Expressions 2018 Public Lecture, Balazs Bognar will give a lecture titled “Tradition Serving the Future: Lessons from the Portland Japanese Garden’s New Architecture” on April 19 at 2 and 4 pm.