A Zen priest, a Russian botanist, a German cultural scholar – what could they all possibly have in common? They all have stories about Japanese gardens and will present them at the International Japanese Garden Conference here in Portland at the end of this month.

This inaugural conference, taking place at the Hilton Portland Downtown September 29 – October 1, brings a diverse group of creative, scholarly, and scientific minds from around the world for a stimulating three days of conversation on the art of the Japanese garden and its contemporary meaning.

Presenters include German scholar Christian Tagsold, whose recently-published book Spaces in Translation is a groundbreaking and somewhat provocative new work significant enough to make him, according to scholar Kendall Brown, “a central figure in the study of Japanese gardens.” Tagsold, whose perspectives on how the West shaped the concept of the Japanese garden even for the Japanese themselves, will share the stage with about 50 other presenters from Japan, Australia, the U.K., Europe, Russia, and North America.

These also include Sergey Kalyuzhny, who will talk about the creation with professors and students from Hokkaido of the first Japanese garden in the remarkable location of Irkutsk, Siberia; and Rev. Daiko Matsuyama, who will elaborate on how a garden supports daily spiritual life at Taizo-in Temple in Kyoto.

Besides offering a global perspective on the Japanese garden’s place in the cultural landscape, the conference offers a rare opportunity to hear significant original scholarship from Japan that is seldom available in English. Hiromasa Amasaki of the Kyoto University of Art and Design, considered one of the most formidable living scholars of Japanese gardens, will present his research on the life and work of Ogawa Jihei VII. Also known as Ueji, he was one of the most influential and prolific figures in modern Japanese garden history.

Besides the presentations, the conference also offers multiple opportunities for informal interaction with leaders, scholars, and practitioners from around the world. Additional, optional programs include a halfday hands-on bamboo workshop at the Garden with visiting Japanese instructors, a pre-conference tour of designer Hoichi Kurisu’s Willamette Valley landscapes, a banquet dinner, an after-hours evening reception at the Garden, and a post-conference tour
of iconic downtown Portland landscapes.

Registration can be found here. 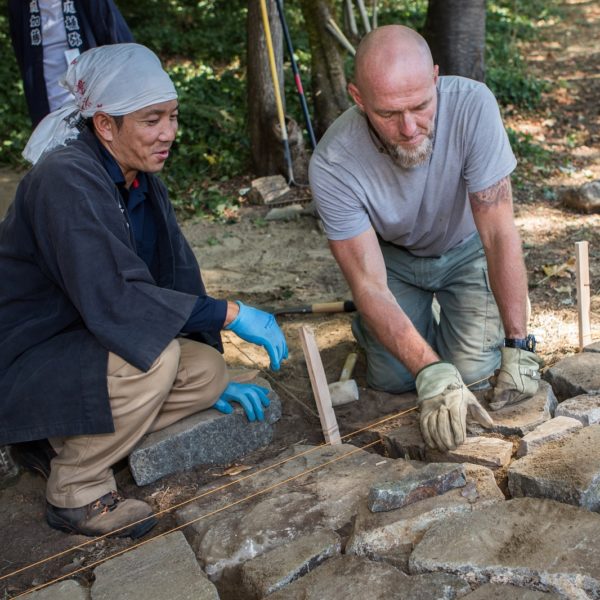 Save the Date for the 2019 Waza to Kokoro Seminar

The Garden’s Training Center will once again offer the Waza to Kokoro: Hands and
Heart professional-level 12-day training seminar in Japanese garden arts in 2019.
The beginner-level seminar is tentatively slated to take place in late July and the
intermediate level in mid-September. Application and more details will be available
in September 2018.